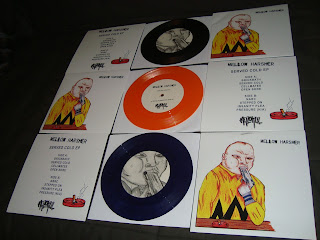 Second and most lethal 7" from Stoughton's best behaved good ol' boys.  A premium sample of absolute freak grind obscenity with swaps and bumps sharper than a burnt cheese curd.  Unconditional full tilt blast-trips split with swerving breaks and hacks for five and half minutes of neck-snappin' perfection.  New school speed with that old school funk.

Shaved Women have wasted no time dishin' out another nine loathsome anthems to drive your ass through the fuckin' wall. Just over twenty minutes of writhing and repulsive, unfiltered audio pollution. With a healthy dose of progression in the three years since their first full-length, 'Just Death' will wrangle your brain-case twice as good as the self-titled and give you plenty of brand spankin' nuances to make you wonder why you haven't been tuned in the whole damn time. This is the mutation.
500 copies with full-color deluxe tip-on style jackets and two-sided insert. US (this) pressing with different cover art than the european release. first hundred copies on coke bottle clear vinyl. 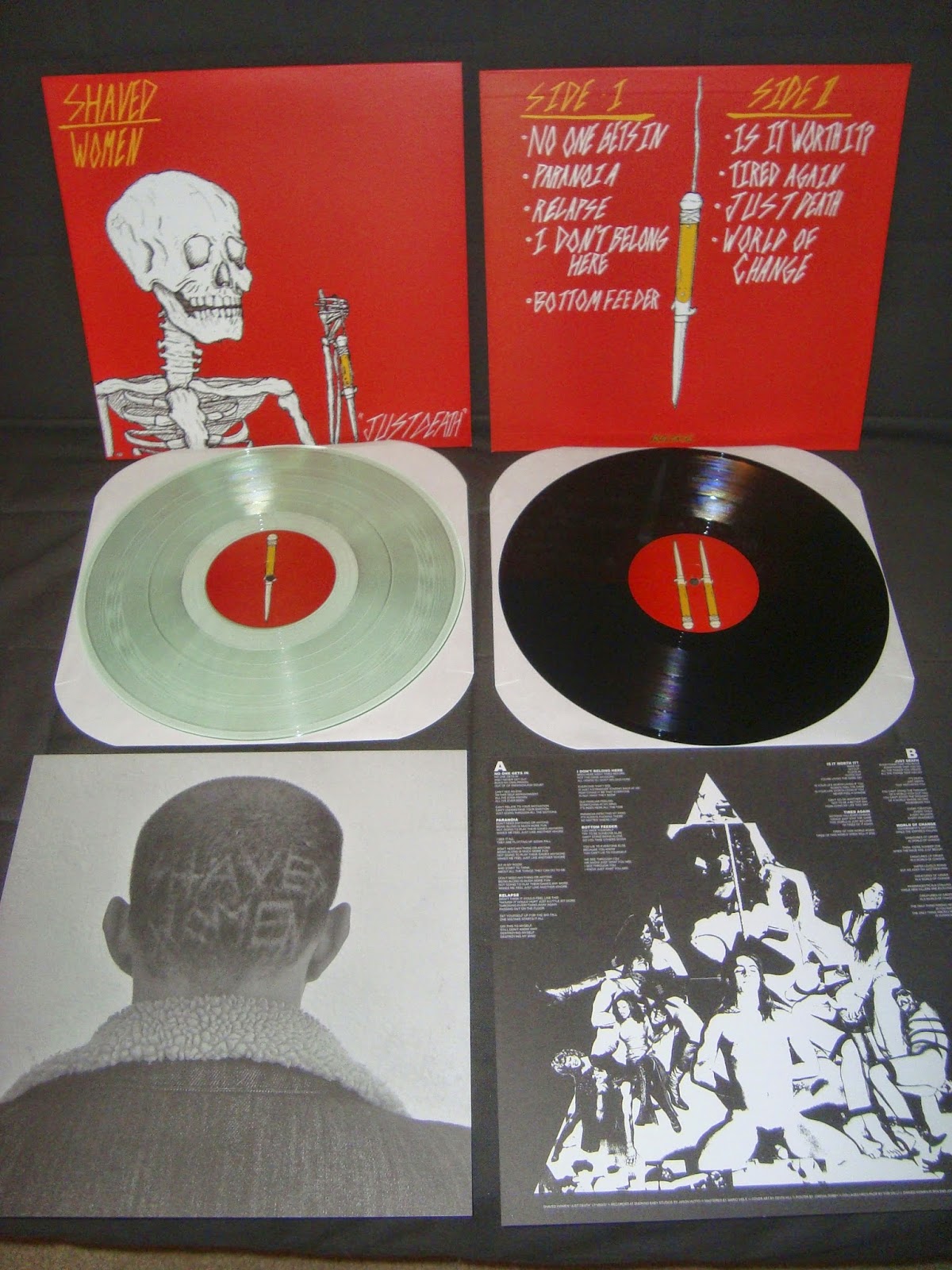 Posted by MALOKUL at 7:06 PM No comments: 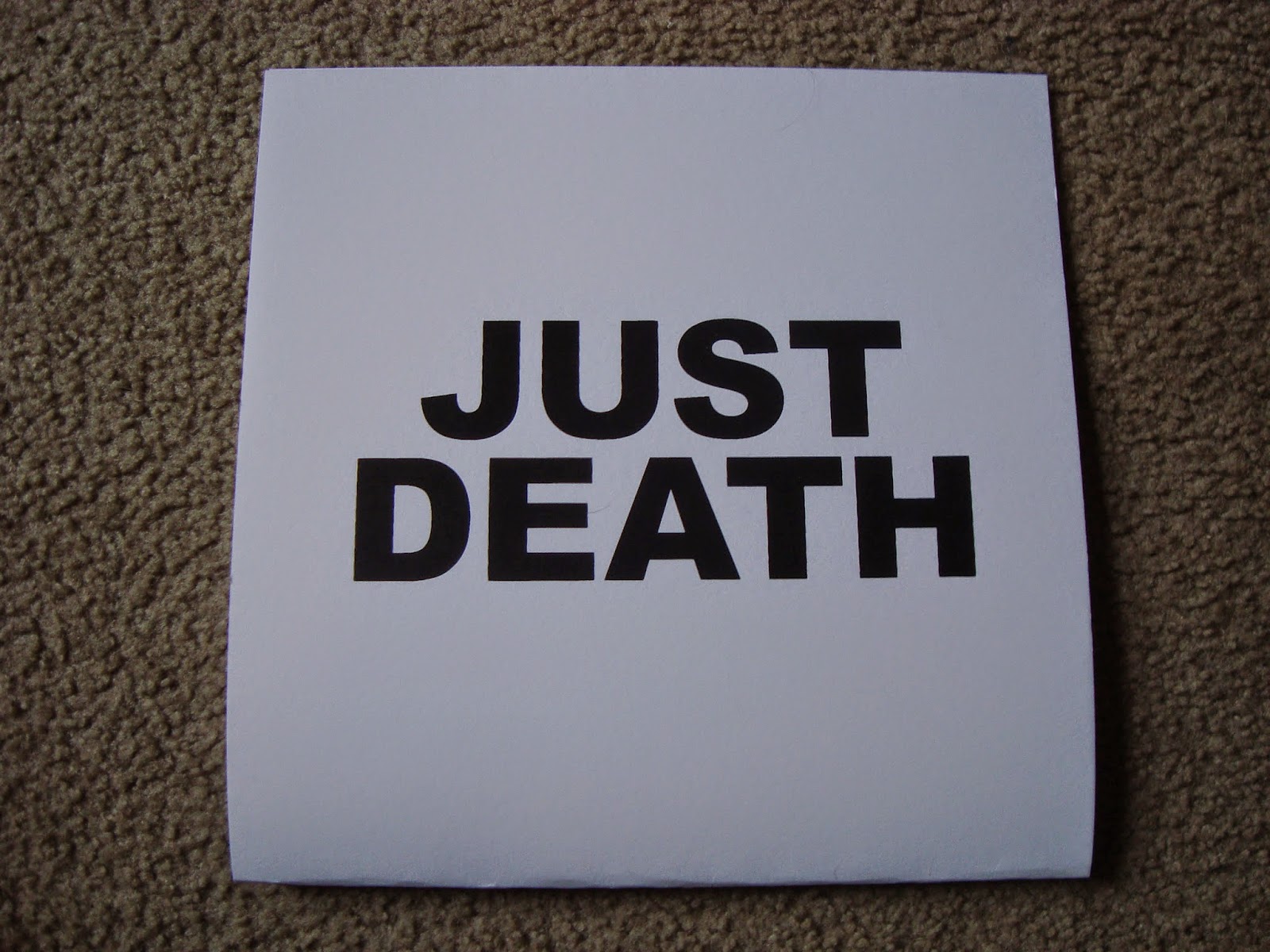 Shaved Women - Just Death 12" goes on sale this week for preorder.  100 copies on coke bottle clear.  400 on black.  tip-on jackets and two-sided insert.  this is mutation. 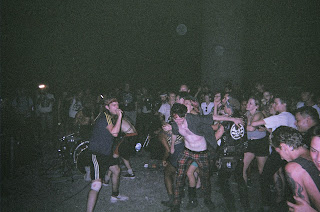 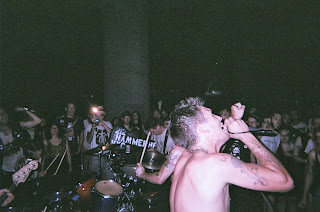 Posted by MALOKUL at 2:18 PM No comments: 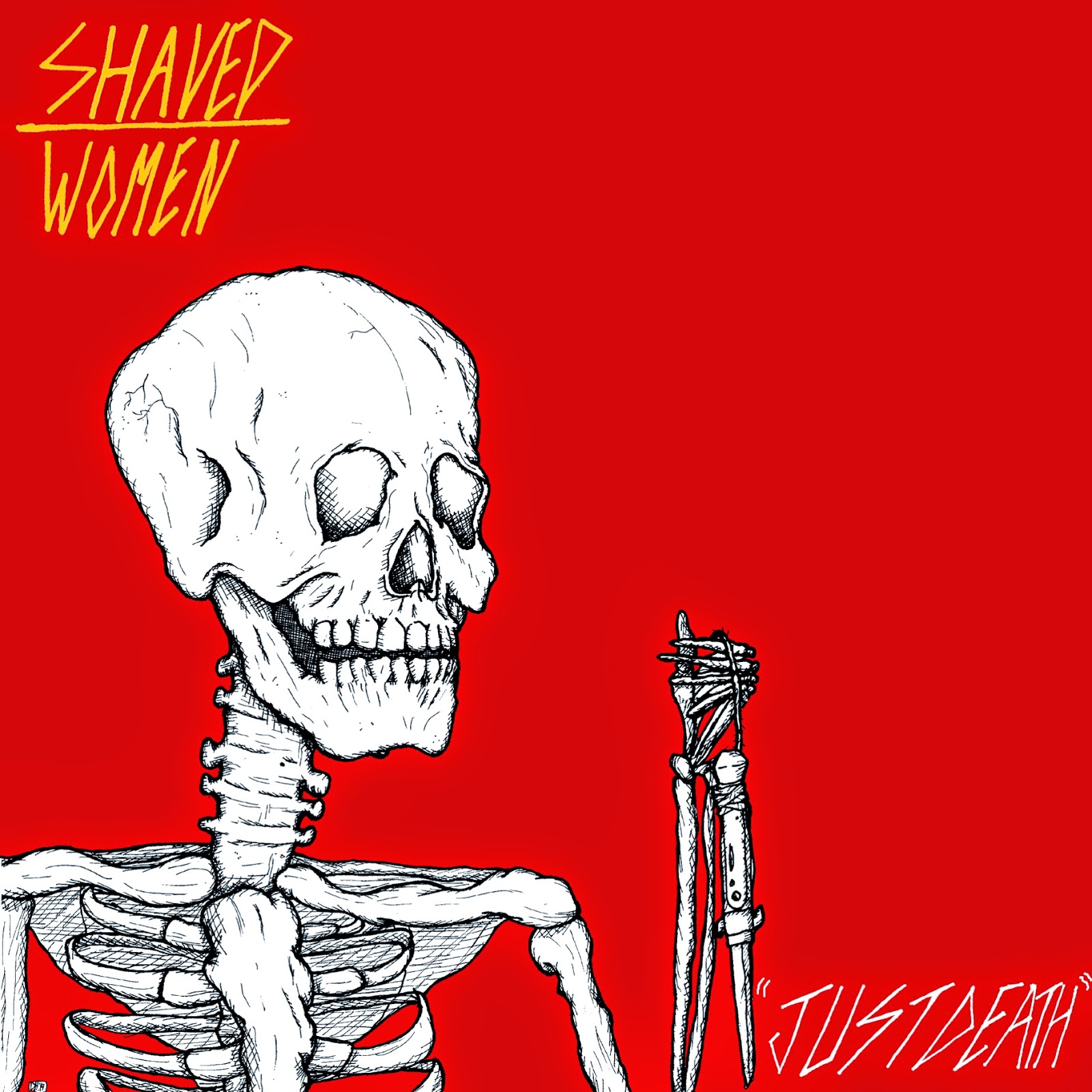 Posted by MALOKUL at 8:07 PM No comments: 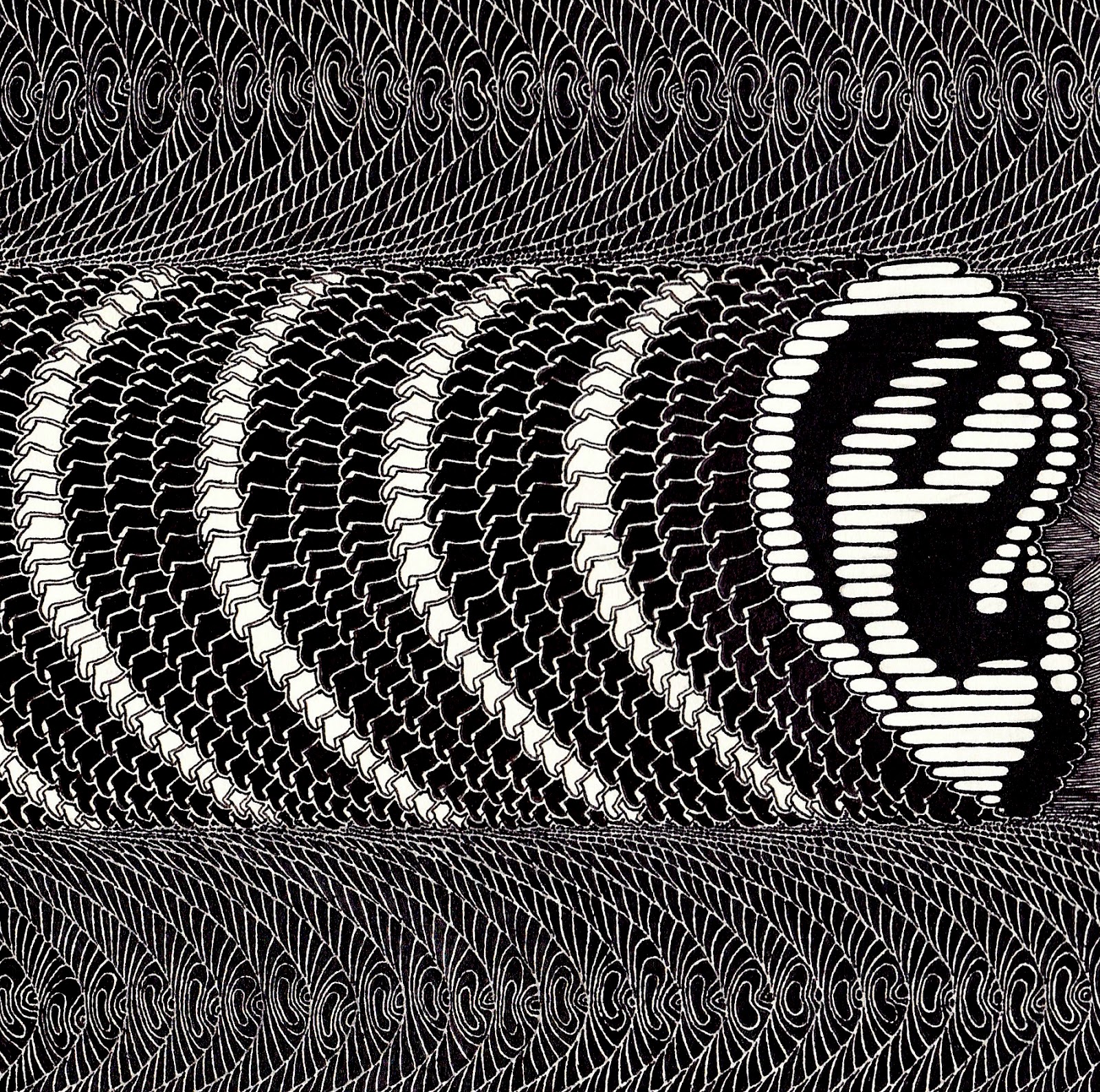 purchase and listen HERE
Posted by MALOKUL at 8:07 PM No comments:

final copies of the Genocide Pact demo 7" lie in wait at the DOC storenvy.  less than ten left out of a one time pressing of 300.  flop house/malokul domination

Posted by MALOKUL at 7:57 PM No comments: 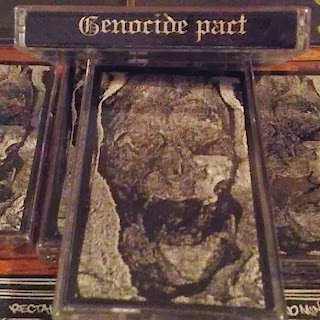 Genocide Pact cassettes are in.  Tardy-style death metal from the PG/DC swamp muck.  Four tracks of endless riff bludgeoning.  Members of DOC and Abuse.  100 pro-printed tapes.  Limited vinyl version will be available for their winter tour courtesy of Flophouse and Malokul.

Also, Drugs of Faith test presses have arrived and sound real right.  Get on your horse.

Buy the Genocide Pact CS and preorder Drugs of Faith HERE
Posted by MALOKUL at 7:18 AM No comments: 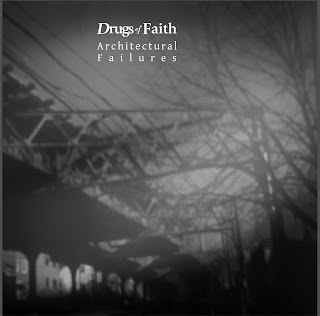 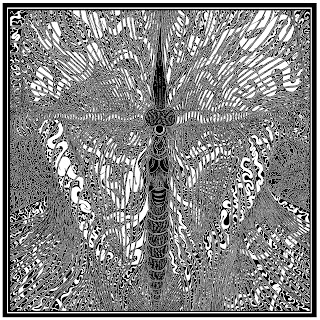 The new Drugs of Faith and DOC records are finally up for preorder.  Here are some tips...

Drugs of Faith 'Architectural Failures'
Four new tracks of twisted, seething grind 'n' roll, spattered between breaths of calculated disapproval.  Frenetic and amped-up with an extra shot of grit, this deposit will spin the skull like that fucked-up carnival ride you've always hated.  Easily the most visceral contribution thus far, Drugs of Faith continues to beat a path of superior contemptuous anthems.

DOC 'Decomposition Fantasy'
Disciples of Christ are a thrived-out conglomerate that have molded true love, respect, and consideration into their craft.  DOC shed much light on the attention to life-giving DIY traditions, AS WELL AS the nuances of true grind core, West Bay Koa bands, and solid methodical/maniacal aural brutality.  This is honestly spelled out loud.  This is passion to the utmost degree.  This is what you NEED as a participating being in touch with grindcore culture.  These sonx are of an intensity (100-fold) via blood boiling sensibility, big riff merchant action, dirty thick string pounding, mega blasting can damage, and genuinely fervent, raging vocals.  On this slab; these cats have offered us their most enthralling, painful, and outright SICKEST recording to date...an amazing collage of ear-punishing and heartfelt grindcore reality!   -clint DxAxS

Both releases are a single-sided 12" limited to 300 copies.  DOC 12" is being releases by Rorschach Records.
Preorder HERE
Listen HERE and HERE

In other news, we're stupidly excited to announce an upcoming Tenement / SFN split 12" slated to be released in 20??.  Whenever this materializes, it's guaranteed to change the game.  The DOC / Shitstorm split 5" is still in the cards, we just haven't figured out where exactly...

Posted by MALOKUL at 7:39 AM No comments: 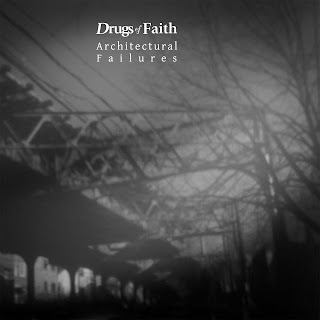 The Drugs of Faith single-sided LP, 'Architectural Failures' has been mastered and will be sent off to press by the end of the month. Preview track coming soon!
Posted by MALOKUL at 6:57 PM 4 comments: 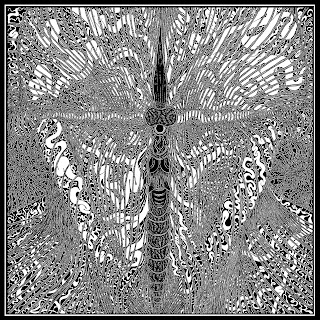 D.O.C. will be releasing a single-sided LP on Rorschach Records this october / november. here's a preview...
Posted by MALOKUL at 6:53 PM No comments: 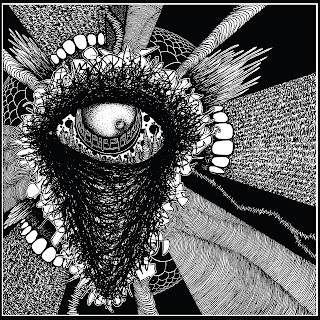 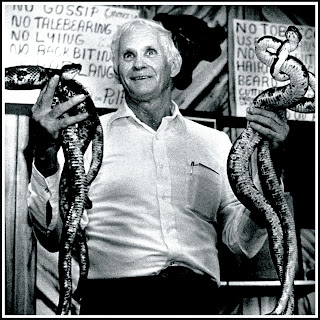 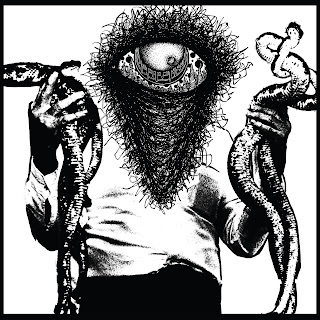 The DOC / Triac split 12" is now available through DOC or RSR.  Previously unreleased material from both bands.

DOC will also have five new tracks on a one-sided 12" that Rorschach Records out of Richmond will be handling.  Recording in late March, expected release by Deathfest.

The Shitstorm / DOC split 5" is expected by summertime on Malokul.  Also in the works... cassette reprint for Radiation from Florida as well as a Drugs of Faith single-sided 12" EP.

Posted by MALOKUL at 2:12 PM No comments: 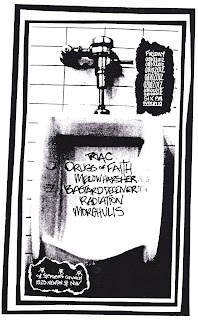 Posted by MALOKUL at 2:52 PM No comments: 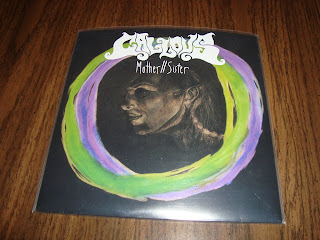 Callous :: Mother b/w Sister (Mal-007)
Debut vinyl release from this Philadelphia-based 'sludge violence' unit.  There's really no safe way to categorize Callous as their recognizable influences range from 90's Northwest grunge to good old West Bay Powerviolence.  Riddled with time and tempo changes, these ain't your momma's slow jams.  Seasoned distribution of the negative//positive space as continued from the demo.  Don't fall off the cliff...or maybe you should.
-500 black copies with full color sleeve and printed poly bag-
-orders to malokul202 at gmail-
Posted by MALOKUL at 5:22 PM No comments: 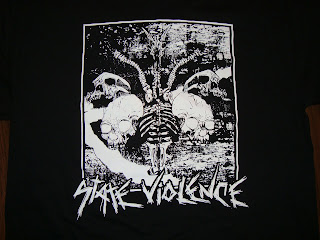 graphic by jeff poleon.  30 shirts printed.
Posted by MALOKUL at 4:50 PM No comments: